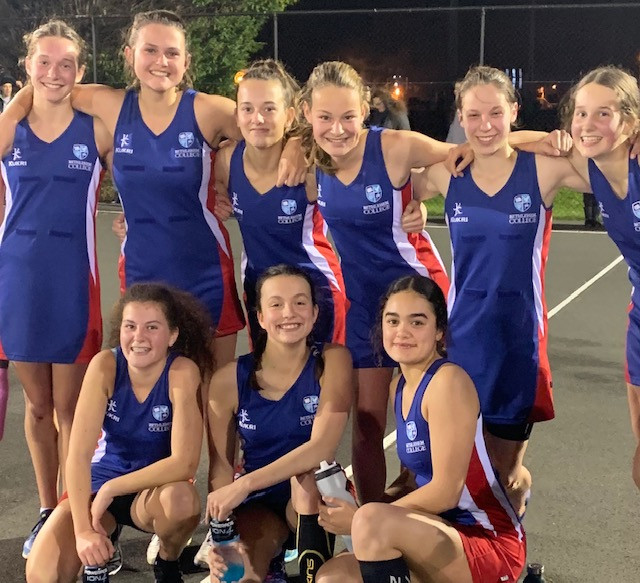 The finals of the Senior School Netball competition were held last Friday evening in Mount Maunganui. Schools from as far afield as Rotorua and Whakatane competed in the local competition. The BC Junior A and Junior B team both won their Divisions and their teamwork and support for and towards each other was impressive to see. The Bethlehem College Premier One Netball Team came fourth in Division One and they matched the strong Tauranga Girls College for three quarters of the game.

Hadlee Goold, Jackson Whitwell and Luke Whitwell won a silver medal in the Bay of Plenty Senior Table Tennis Teams event last week. This is an excellent effort by the Boys who played some great shots throughout the tournament.